A recent project for Hope Learning Academy to provide modern and easy to read signage with colours which are in keeping with the academy’s scheme.

Harrisons Signs recently had the privilege of working on a large project for Hope Learning Academy. The project involved the rebranding of nine community schools in the Hull area, due to a merger between Hope Sentamu Learning Trust and Sentamu Academy Learning Trust, which sees fifteen church and community schools come together under one umbrella. The two Church of England Trusts began merger discussions almost two years ago given their common purpose in terms of ethos, their underlying principles of enhanced levels of continuous school improvement and ensuring the flourishing of students within their communities. Following months of partnership working, the Trusts received approval for the merger from the Regional School Commissioners in November last year. We were approached to create the rebranded signage for the merger. With all educational projects, the main focus is to create a cohesive signage set which is visually appealing, informational and welcoming to pupils and parents alike.

At the start of every project, the planning and specification phase is crucial. That’s why we always get started with a detailed survey of the site and signage requirements. We completed full site surveys for all nine locations, ensuring precise measurements were taken. We also reviewed the area available at each campus. Investing this level of time and attention at the beginning of a project helps to ensure the highest levels of quality in the end result. The completed survey drawings were submitted to Impact Communications, who were responsible for designing the signage.

The next stage of the job was production. We produced various wayfinding signage, including free standing totem monolith signs, fence fixed as well as post fixed signs for all nine locations. For this project, signage needed to be clear and informative, providing pupils, teachers and visitors with directions around the different sites. All designs were created by Impact Communications. The majority of the signs were fabricated from AluSmart which was supplied by Perspex UK, with a digital print which were all printed using our Epson SureColor SC-S80600L printer. This state-of-the-art printer gives us the ability to create the highest quality large format digital prints. The totem signs had a fabricated internal steel framework with the AluSmart trays fitted over them.

We began work on the project in mid-August. The installation process was completed by one of our fitting crews over four days. We worked to a tight deadline ensuring that the signs were installed prior to the beginning of the new term which began at the start of September. The efficiency of our teams’ hard work ensured that the new branding for the merger was completed before students returned, meaning the rebranding could be introduced without any confusion.

The finished result is modern, easy to read signage with colours which are in keeping with the academy’s scheme. 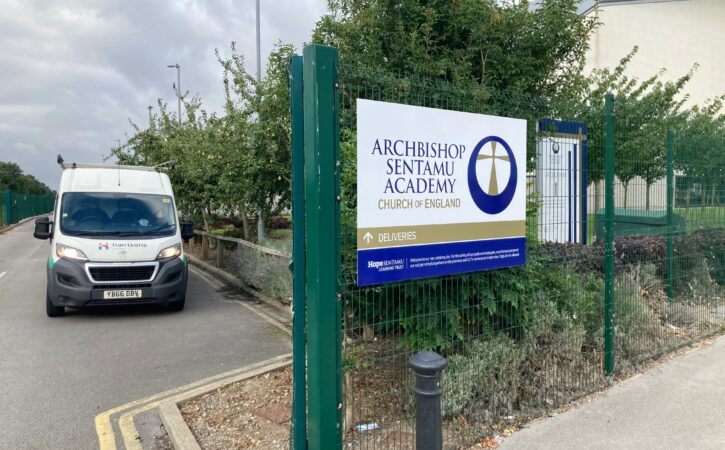 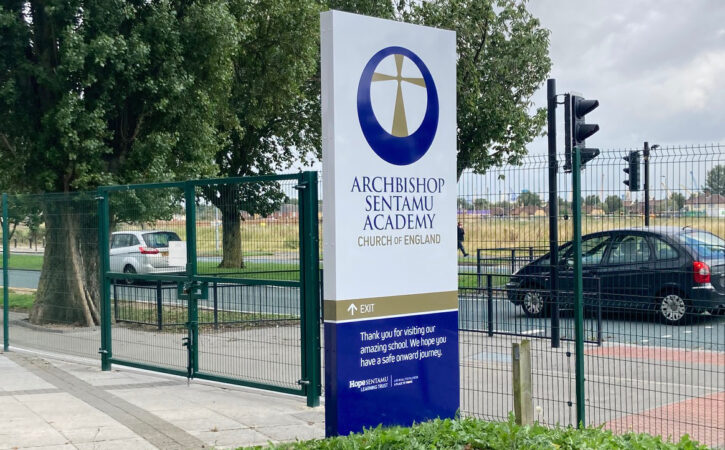 Not quite seen what you’re looking for? Take a look at our brochure for more ideas on how we can help you.

Download
Doing what we do best. Our Procell by @Duracell exhibition stand is identical to the visual that was created as pa… twitter.com/i/web/status/1…