Harrisons get Hudson Quarter ready to run for charity at the Micklegate Soap Box race 2019!

The Micklegate Run Soap Box race is an annual event held in York to celebrate the August Bank Holiday weekend.

This year, Hudson Quarter approached us with a rather unusual idea… To create a version of the famous Mallard steam locomotive, based in York, from the chassis of an old ‘hot-rod’ soap box, with their business’s branding decorating the vehicle – fittingly named ‘The Hudson Rocket’.

Once the original soap box was in the Harrisons workshop, our team began work stripping the frame surrounding the old chassis, removing the cabin and ‘engine’ housing, replacing them with new wooden walls matching the concept art provided by architectural firm Fuse, and the detailed design created by brand consultants, Ideas Group, we applied the HQ branding using self-adhesive copper vinyl to create a brand accurate aesthetic with a sleek metallic finish.

Once the finishing touches such as the train’s nozzle and faux nuts and bolts had been finished, the Hudson Quarter Mallard was ready to be taken away and tested. This was one of our team’s favourite projects, providing an opportunity to contribute to a multi-business project with the enjoyable end goal of seeing the finished article in action on the cobbles of Micklegate on the 26th August.

The Rocket ended up finishing in the top 10 carts, finishing her two runs with the eighth fastest average time of 37.84 seconds! As well as such an impressive time, the Hudson Rocket won the prize for ‘Best Design’ out of the entire field which included a TARDIS, a Tank and a Rhinoceros! 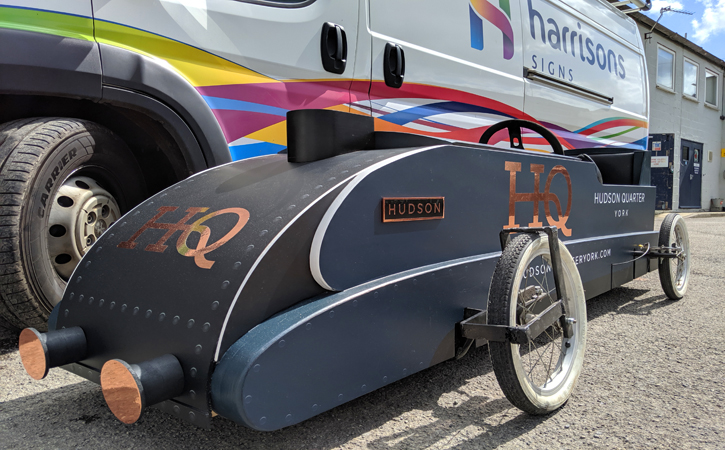 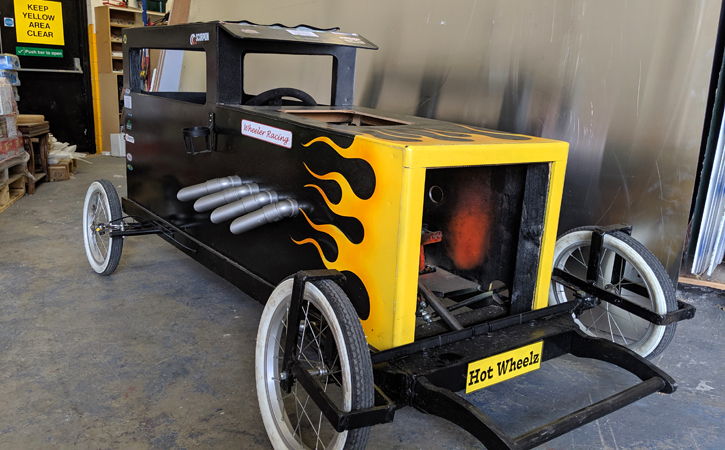 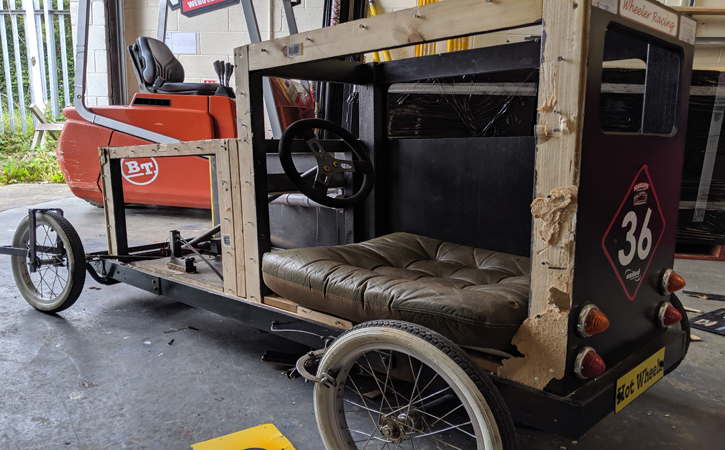 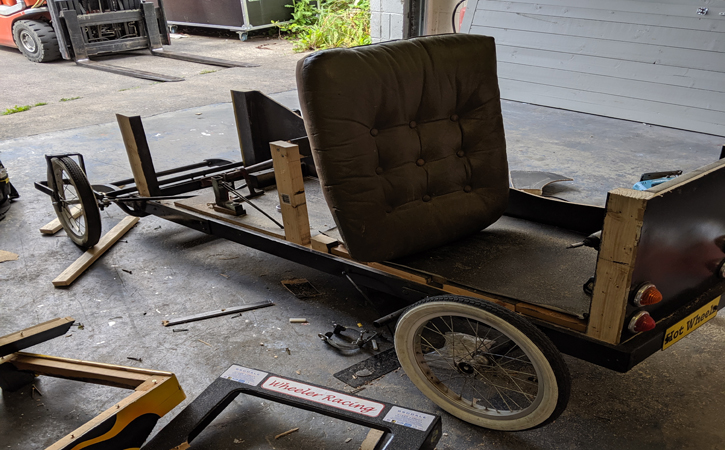 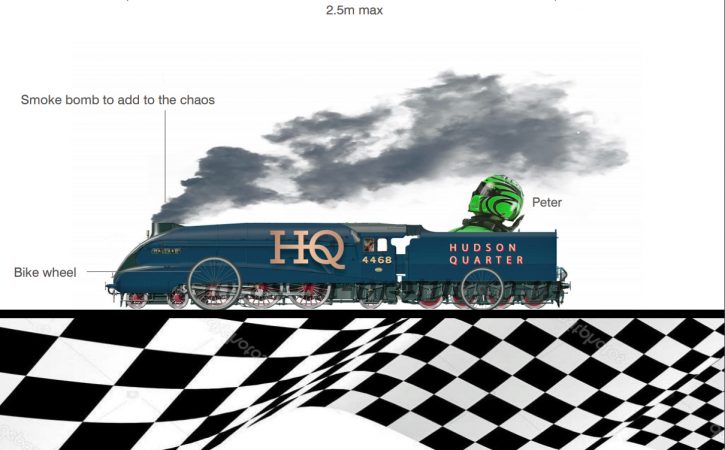 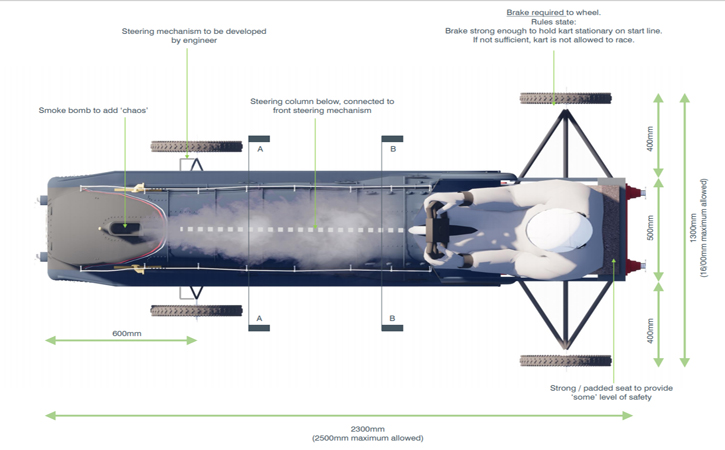 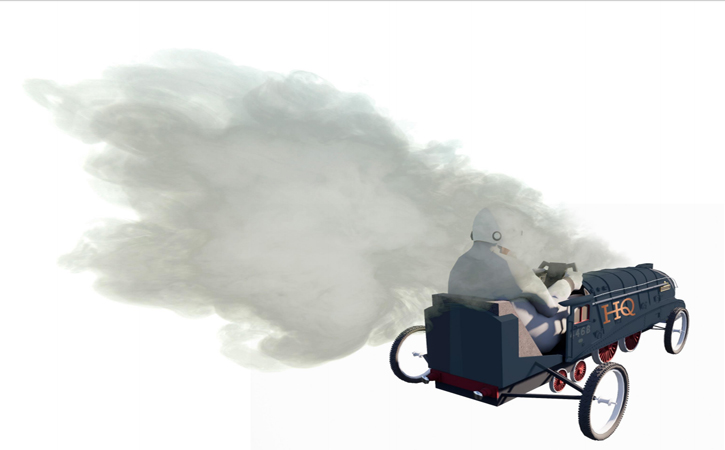 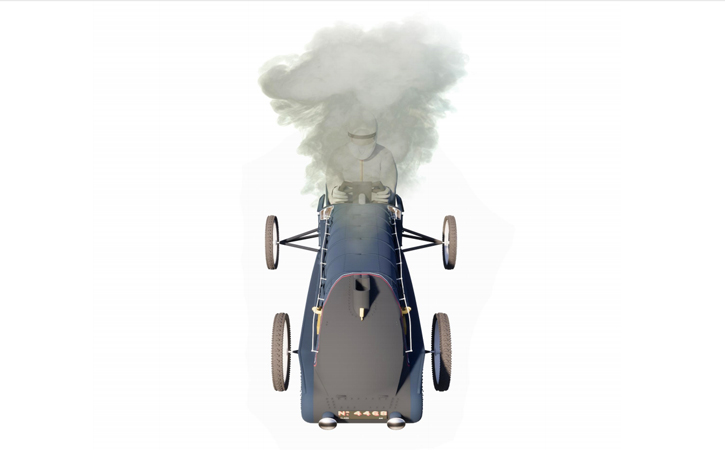 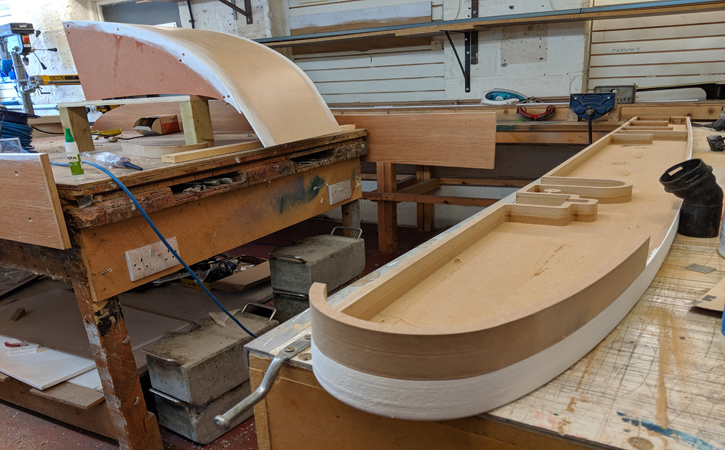 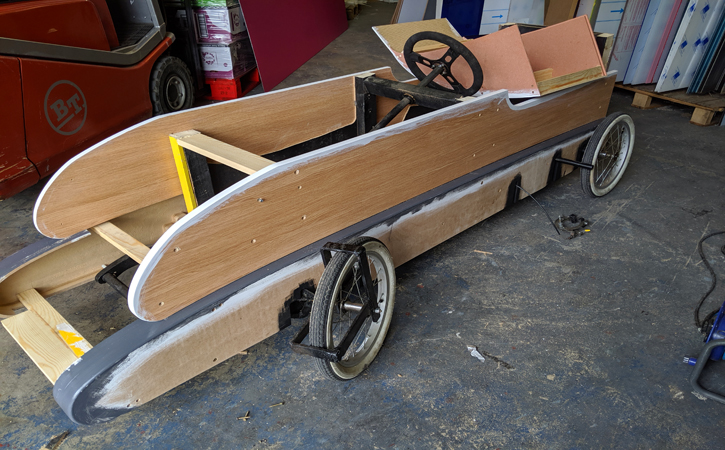 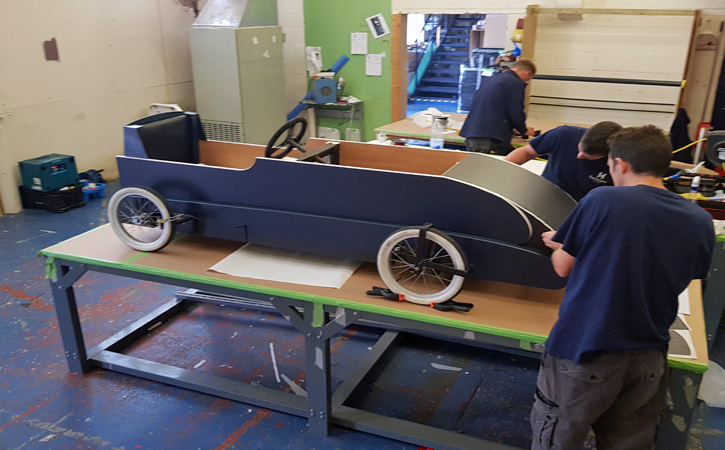 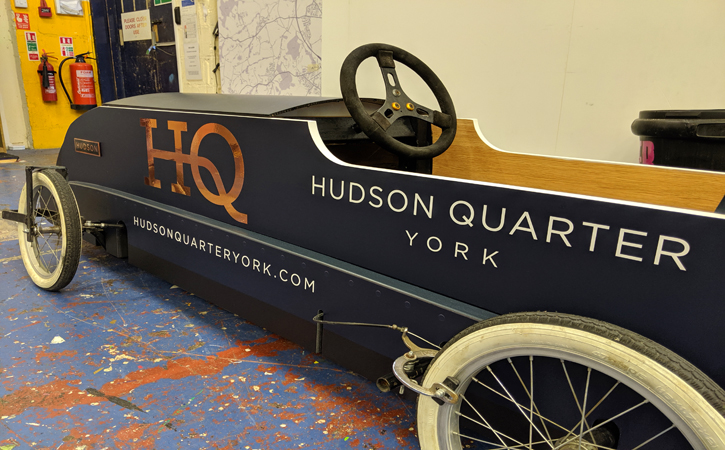 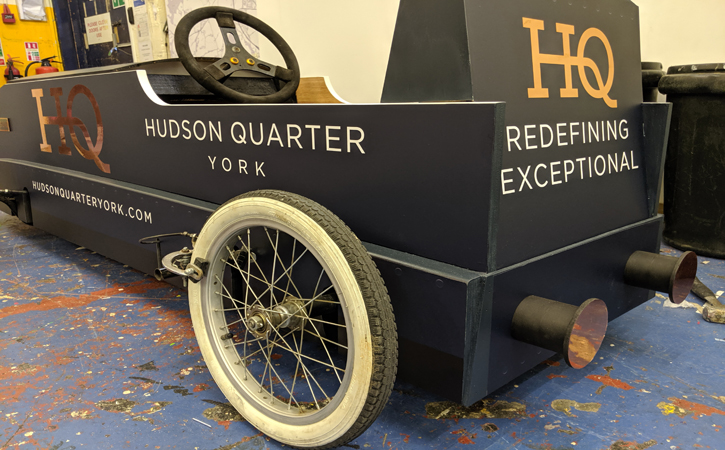 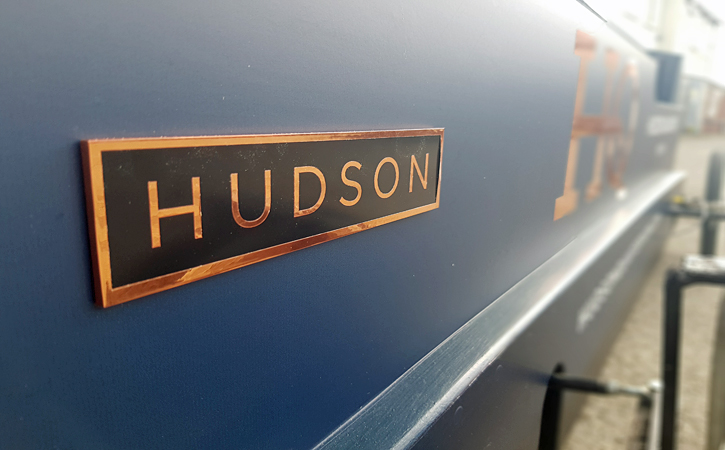 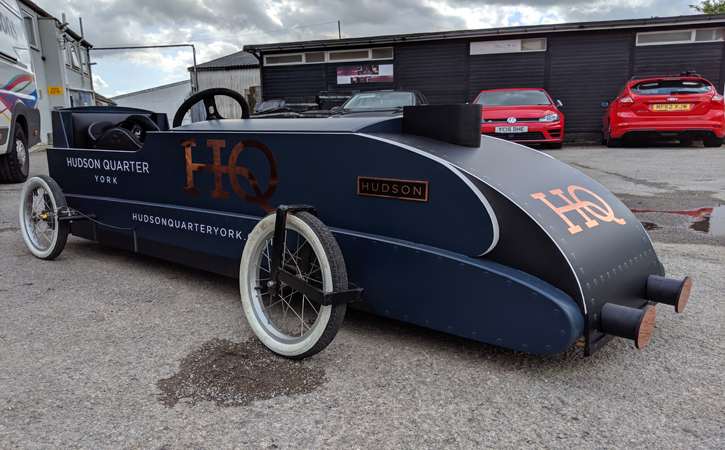 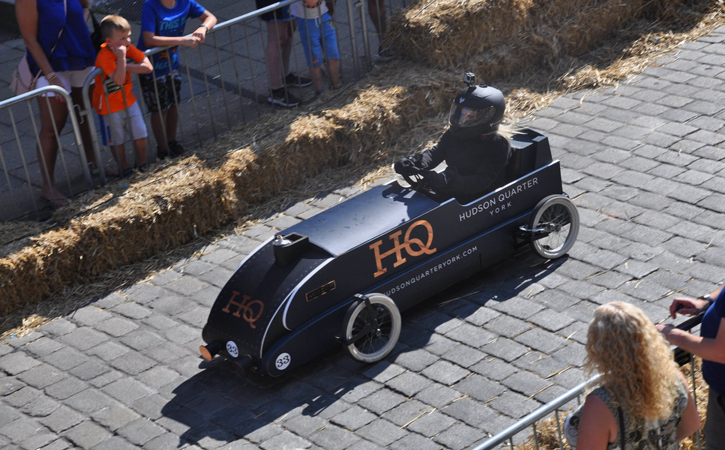 McCain Foods – ‘Grow with us’

From Yorkshire to Dusseldorf!

The sky’s the limit….