Nestle, a company that is steeped in history, 150 years of poignant moments they wanted to share with their employees and visitors.

The brief, to create a colourful visual display with the historical moments plotted along the timeline.

Working with Sanchuri Design, who created the concept and provided artwork, Harrisons Signs manufactured and installed the timeline at Nestlé’s Insight Centre in York.

All 31 roundals were produced from 5mm opal acrylic and mounted onto foamex which housed the 12v LED tape. The black trunking hid the external wiring, forming part of the design to the timeline.

Plot cut vinyl lettering was applied directly to the wall at various positions across the span of the new display, pinpointing the year and headlining the event.

An impactful display that shares special moments in time – There’s so much to say when a company has 150 years of history and they do say a picture paints a thousand words! 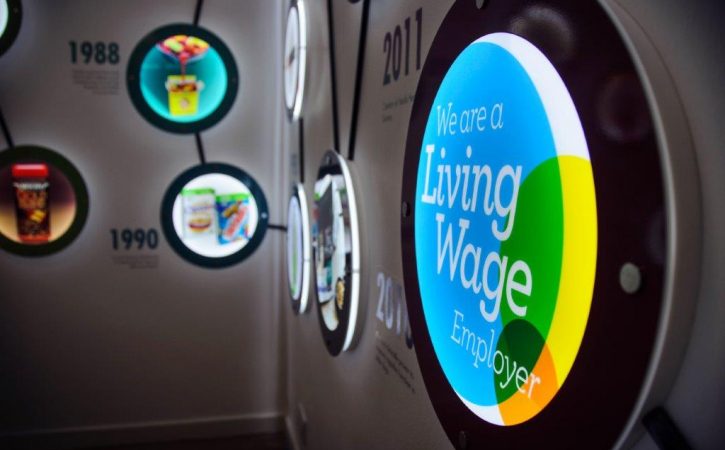 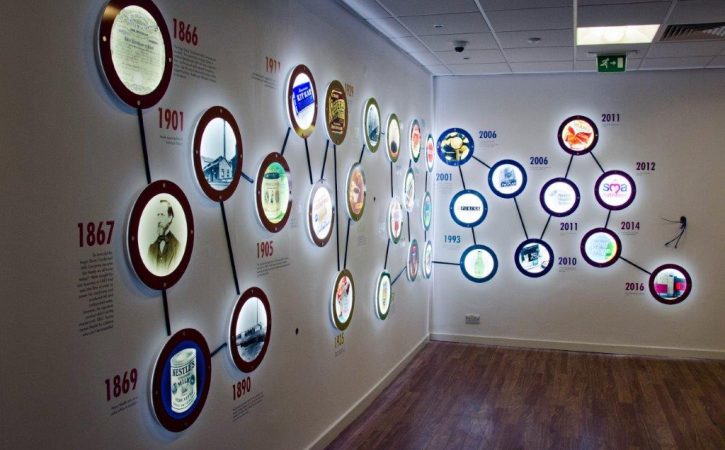 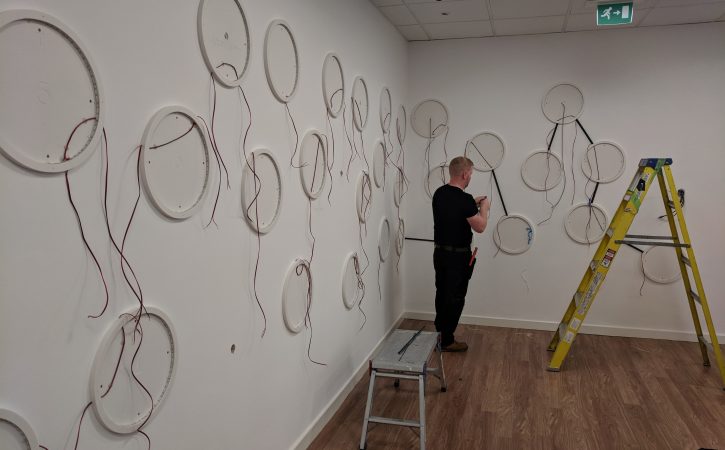 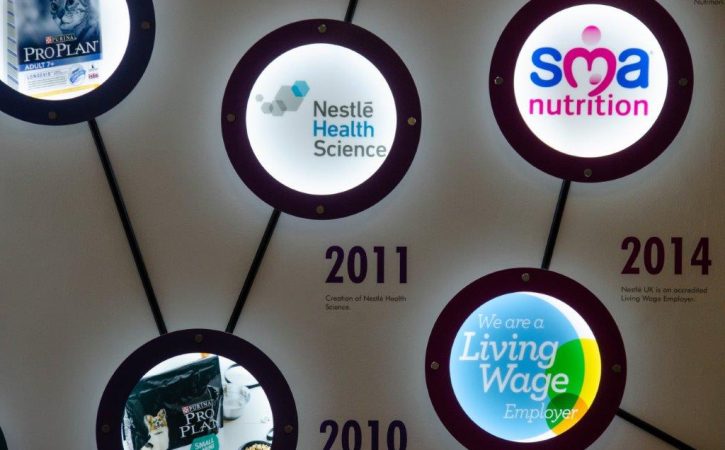 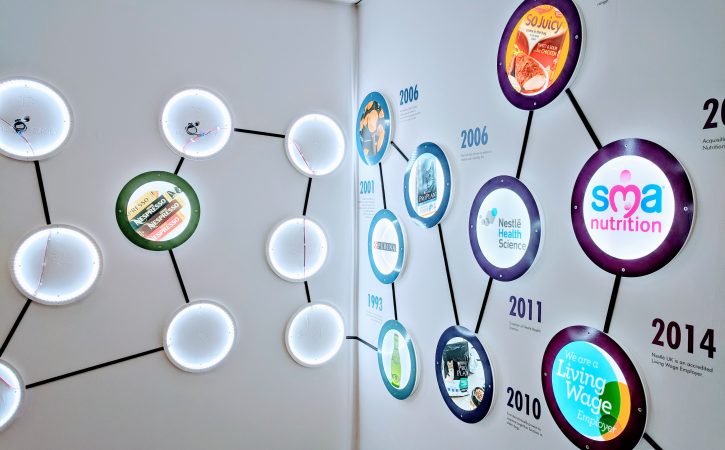 McCain Foods – ‘Grow with us’

From Yorkshire to Dusseldorf!

The sky’s the limit….

Contact Us
Doing what we do best. Our Procell by @Duracell exhibition stand is identical to the visual that was created as pa… twitter.com/i/web/status/1…